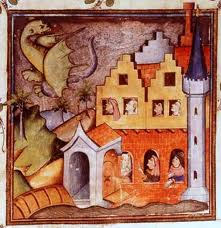 A story must start with a bang. A character must have an arc. A tale must show more than a slice of life. These Grade 10 English “musts” for short-story writing have produced astonishing tales. We teach them because they work. They’re helpful writing rules, especially for the novice, who’s distracted by things like description and adjective. But the “musts” can also constrain us. If every writer and editor sticks to a single framework, literature grows turgid. Structures become less diverse and character epiphany becomes its own “so what?” eroded by the force of expectation. The slow build becomes verboten, and highly aesthetic reads are no longer allowed to be their own reward. An unintentional sameness sets in when we use the same recipe over and over again.

In an effort to vary the canon, then, let’s ask ourselves: does a character have to fundamentally change over the course of 3,500 words to “make” a story? We can leave our homes, experience something in the street, and find—while something story-worthy has indeed happened—we are the same self who left the house an hour earlier, philosophically intact. The world isn’t built on hook-plot-epiphany, and it isn’t experienced in digestible, everyday language. One might argue that literature doesn’t operate the same way the world does, but nor should it operate as if it came out of a box, complete with instruction manual. An epiphany isn’t half as valuable when it’s as dependable as the tide, after all.

Because we’ve grown used to dependable frameworks and digestible language, our need for variety is red. Lackington’s was founded to give a space to those stories and styles that have become harder to sell and harder to find in speculative fiction magazines (although they are out there, to be sure). I love what’s being published in the field but I want a little more variety, too. This is not to say that nothing happens in Lackington’s stories, or that the characters never arc, or that the language will lead to indigestion. Lackington’s just doesn’t subscribe wholly to the “musts” or judge a work on hook-plot-epiphany, colloquially told.

Here be dragons, then: you may find the odd slice-of-life vignette in these pages, or the odd meandering reflection, and you will find a lot of prose poetry, or at least prose written by those who are poetically inclined, because aesthetics matter here. But though Lackington’s stories sometimes fall outside the usual framework, I promise they’re well crafted. I promise they will hook you in more subtle ways if they happen to detour around the creative opening line. These dragons are not the products of novices, and they have mesmerizing, diamond-bright tails. 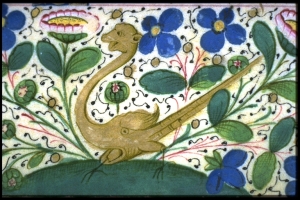 Mandate set, it’s time to acknowledge a few debts. First, gargantuan thanks to the speculative fiction community, which rallied around Lackington’s when I sent invitations to creators. The response and quality of submissions exceeded all expectation. These are busy people with established portfolios, and their willingness to invest time and reputation in Lackington’s utterly humbles me. I also want to thank Dominik Parisien for his helpful recs; Sandra Hamel for her design input; and Sean Moreland for his faith. Equally indispensable are the donors who spotted our tip jar (and hoped-for future donors who will help keep us going). Their support of fledgling markets speaks to the value of short-form speculative fiction as a whole.

To coax this fledgling out of its cave, however, I broke a few house rules: this issue is larger than future issues will be, in order to draw attention to itself. It also includes two pieces of flash and two reprints. Gratitude to Senses Five Press/Sybil’s Garage and Exile Editions for allowing Lackington’s to feature those reprints as the magazine tests its wings—and to Chizine Press, for letting it peck a tale from one of their upcoming collections. Clearly it’s not just writers, illustrators and donors who are eager to support new markets, but sister markets, as well. We are all the stronger for it.

As you read these tales—and they are best read in order—a theme emerges: there’s a lot of death in these pages. That just…sort of happened, quite by luck, as invited authors sent in their stories. You’ll begin in an Ottawa boneyard and end in another boneyard at the far reaches of space, and maybe that’s promising for the project as a whole; narratives that open with a wedding, after all, traditionally go downhill. Let’s agree in this case to abide by one venerable old structure, at least, accept this in the vein of theatrical leg-breaking, and hope for the best.

This entry was posted on February 13, 2014 by Ranylt in Commentary.