Issue 10 proves that “Governments” aren’t all red tape and dry bureaucracy, but rather the links between all bodies, all wits, and the contexts for human passions. 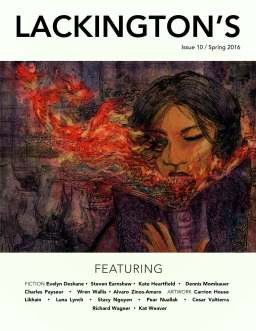 The Problem with Thunderstorms, by Dennis Mombauer

On the Occasion of the Treaty of the Thousand Rivers,  A Visit to the Gallery, by Wren Wallis

The Transfigured Knight, by Alvaro Zinos-Amaro

Likhain (cover illustration) is a queer Filipina artist who tells stories through calligraphy and ink, watercolour, and poems. Her written work as M Sereno has appeared in Strange Horizons, Goblin Fruit, Stone Telling, and Interfictions, and she has the happy honour of having previously illustrated for Lackington’s as well as creating the ebook cover for Zen Cho’s Spirits Abroad. She lives in regional Australia with her partner and two ridiculous Pomeranians, and spends her nights dreaming in the Philippines. Follow her on Twitter at @likhain.