An Interview with Premee Mohamed

We’re celebrating the launch of our Gothics issue by finding out what it is about the Gothic that appeals to our authors, and what inspired their Issue 17 stories. 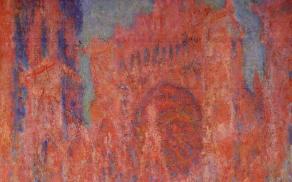 Lackington’s: The most prominent Gothic element in “At the Hand of Every Beast” is the cathedral architecture, which you describe in great detail with technical vocabulary. What was it that attracted you to these structures and their design, and why did you want to build a story around them?

PM: I’m going to go ahead and blame this on having read Umberto Eco’s The Name of the Rose about a hundred times. In that book, of course, the abbey and its library are not technically villains, but they have clearly taken sides and they contribute to so much action. I’ve always liked narratives in which a physical structure, despite having no will or agency, contributes to the conflict. (Labyrinths, fortresses, castles, mountains, mines, and so on also come to mind, like in Lord of the Rings.) I love Gothic architecture—though the closest I’ve come to seeing the real thing is Notre-Dame in Montreal—and I love the idea behind them. They were constructed with the purpose of ‘reaching up to God,’ even though whenever we reach for something, we run the risk of overbalancing and falling. The cathedral in this story is not just a monster, but something that is supposed to have that purpose and has ruined and perverted it by being all the things a church is not supposed to be. In that sense, it’s not too different from Satan himself roaming the land—the most beautiful, the most loved, and now the most destructive force humankind can think of.

Lackington’s: The image of the cathedral roaming the countryside, constructing itself as it goes, is very striking. What was the inspiration for that idea, and did you draw on any sources to help you envision and describe how such a massive edifice would look in dynamic motion?

PM: To be honest, I’m not sure? A lot of it goes back to the abbey and library in The Name of the Rose, of course, and thinking about how much more evil they would be if they had mobility and intent. I’m sure I was also thinking of Peter Gabriel’s song “The Tower That Eats People,” which is full of such cool, striking imagery. Also, to be honest, Unicron from the original Transformers movie. If you are made of organic things, you should be seeking out organic things with which to construct yourself; but if you are inorganic, and powered by evil instead of a soul, what do you eat? Inorganic things, and organic only as collateral damage. I just pictured it clawing its way across the landscape, this thing that would inspire awe and piety and adoration if it were still, but instead inspiring only terror because it is in motion. When I think ‘Gothic’ I don’t just think the time period, but I think: physically large. Physically imposing. A reminder of our place in the Great Chain of Being, which is far below God. And I thought: what’s the most large, terrifying, unreasonable thing you could see, if it were somewhere in the 1300s and you were a devout peasant? The whole story sprang from there.

Lackington’s: The Devil is a figure in many Gothic stories, and he plays a very important role in this one too. Did you have any depictions of the Devil in mind as you wrote “At the Hand of Every Beast”? Or do you have any favourite depictions that you think are especially effective?

PM: I did actually! I had just finished reading Paradise Lost again, though I wasn’t thinking consciously of that depiction when I wrote the story. It’s just that when I think of most Devils in Gothic stories and stories of other genres, like movies and comics, I’m thinking of…well, Tim Curry in Legend, basically. Red skin, horns, hooves, maybe a tasteful beard. But Milton remembered Lucifer as beautiful, too beautiful to look at. His pride is sin, and he falls for that, and it’s not till he’s cast out that he begins whining, sulking, pouting, plotting revenge, as he does in the story. His feelings have been hurt; he wants to lash out. And he’s a huge liar, of course. I always imagine angels as immensely accomplished liars where necessary. I like the Devil in the Constantine movie from a few years ago—he’s another swindler, liar, he’s revolting, trapped in a human form he can barely abide. I can only imagine how disgusting Earth would seem after living in Heaven. Oh, and Tom Waits in that Imaginarium movie with Heath Ledger. So good, so sneaky. My ideal Devil is a bitter conman who remembers that he was a holy being once, and is full of hate because of it.

Lackington’s: Is there something about unconventional modes of storytelling that you find especially compelling? Why do we need to make space for stories that don’t read and work the way that readers have come to expect?

PM: This is a hard one! I re-read this story to try to answer it and thought: But this isn’t unconventional at all! There’s a villain, there’s a hero, there’s a villain that tries to become a hero; there’s a setting, some characters, a plan (I love a story with a plan, even if it’s a terrible plan), a resolution. Questions are asked and answered, problems arise and are solved or not solved. It did take me a minute to realize that, because the villain is a building, it might be considered unconventional—so it is the narrative itself that’s a bit weird, not the form. So I guess I do find unconventional stories compelling, because they’re memorable. As a reader as well as a writer, I do appreciate and remember stories that surprise me a little, or startle me, as well as satisfy. And I absolutely think that speculative fiction is the best place to do that, because a reader coming into a spec-fic story has already primed the pump, so to speak. I think it’s the best place to experiment with things like trope-twisting, or weird villains (or weird heroes, for that matter), or jumbled timelines, unreliable narrators, new concepts of evil and good and hope and cruelty, extravagant styles, mixtures of poetry and prose, unexpected, incredible ways to solve problems. The more of those I read, the more I want to read, and the more room I want to be made for them in publishing. This is no place to stick to convention!

Premee Mohamed is an Indo-Caribbean scientist and spec-fic writer based in Canada. Her work has been published by Automata Review, Mythic Delirium, Pseudopod, Nightmare Magazine, and others. She can be found on Twitter at @premeesaurus.