An Interview with Kate Heartfield

We’re celebrating the launch of our Gothics issue by finding out what it is about the Gothic that appeals to our authors, and what inspired their Issue 17 stories. 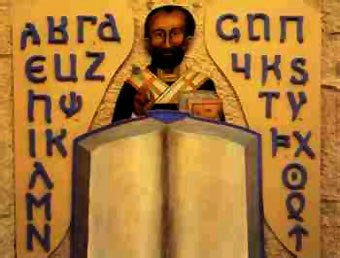 Lackington’s: The most prominent Gothic element in “A Thousand Tongues of Silver” is the Gothic language that the purple-and-silver Gospel book is written in. What was it about Gothic letters or language that made you want to put it front and centre in your story?

KH: There’s something inherently mysterious about extinct languages, and the similarities to runic alphabets strengthen the feeling that the Gothic letters are a connection to an even more ancient past. The story goes that Bishop Wulfila created the Gothic alphabet so he could write in it, when he translated the Bible, and that paradox is so compelling: alphabets are almost by definition a way for one person to understand another, and here was this man who created the very alphabet in which he wished to be understood. There’s something about this that reminds me of automatic or mystical writing, or the codes we haven’t yet broken in works such as the Voynich Manuscript. It’s a semiotic question, I suppose: at what point do letters “mean” something?

Lackington’s: Many of your stories have to do with history. This story is set in the royal courts of the Ostrogoths in the 6th century and Sweden in the 17th century. What drew you to these two settings particularly, and what made you want to tie them together?

KH: I think I was about 10 years old the first time I saw the film version of A Room With a View. There’s a moment when Judi Dench’s character exclaims, “A young girl, transfigured by Italy. And why shouldn’t she be transfigured? It happened to the Goths!”

I had no clue what that meant, at the time, but I was struck by the idea of a nation of people being alchemically transformed.

When Lackington’s announced this theme, my thoughts went to that idea of transformation, and to the many meanings of the word “Gothic” itself—how it continues to be reinvented as people look at the past through its lens. By the time it came into use as a descriptor for art and architecture, it was already a reference to history; it was already pseudo-Gothic, so to speak. Then it became a term for a certain kind of story that took place in old-fashioned buildings. By the time I went to high school, it became the word people called me when I wore a lot of eyeliner, in reference to the mood of those stories, in reference to those buildings, in reference to those people who were transfigured long ago.

So I wanted to tell a story about that single word that contains a long unbroken hall of mirrors to the past. And I have a general interest in telling stories about powerful women in history, whose lives have tended to be erased.

Lackington’s: Common tropes of Gothic literature are significant ancient books or manuscripts. In “A Thousand Tongues of Silver,” the book actually serves as narrator of the story, and its significance seems to be more associated with its physical attributes than its contents. Did you have any real-world books or book-making processes in mind as you created this one?

KH: I did! The book in the story is the Codex Argenteus, some pages of which still exist today, forming the main physical evidence we have of the Gothic language. It is a remarkable book for many reasons, one of which is that it became part of the lives of two women, centuries apart and in different countries, who each thought of themselves as queen of the Goths, or something very like that. (No one knows precisely when the Codex Argenteus was created; the usual assumption is that it was commissioned by Theodoric the Great, the father of Amalasuintha, who figures in my story.) The connections between their lives don’t end there, but the book was what drew me to their stories.

I’ve always been fascinated by the sacrifices that went into the making of any medieval book, beginning with the death of the animal whose skin makes the pages. If you wanted a particular shade of blue, you had to get it from a single mine in Afghanistan. If you wanted a particular purple, you had to extract the secretions of thousands of snails. Books as physical objects demanded a lot, in a way that makes me think of magical bargains. And because they were constructed by hand, and a copy of a book could vary from its original in significant ways, a book was its form, and not merely its contents, in a way that isn’t true today.

Lackington’s: Is there something about unconventional modes of storytelling that you find especially compelling? Why do we need to make space for stories that don’t read and work the way that readers have come to expect?

KH: That relationship between form and substance holds true for stories, too: a familiar old story can have a different effect as a slam poem than as an opera. If we narrow our definition of what makes for an acceptable format or mode, we cut ourselves off from experiences and meanings. As a writer, I’m always trying to find that tension, to tell a story that has enough familiarity to be useful and satisfying, but still has the capacity to surprise or change the reader in some way. Good storytelling requires some space to take interesting risks.

Kate Heartfield is the author of Armed in Her Fashion, a historical fantasy novel from ChiZine Publications, and The Road to Canterbury, an interactive novel from Choice of Games. Tor.com Publications will publish two novellas by Kate, beginning with Alice Payne Arrives in late 2018. Her fiction has appeared in magazines and anthologies including Strange Horizons, Podcastle, and Monstrous Little Voices: New Tales from Shakespeare’s Fantasy World. This is her fourth story in Lackington’s. Kate lives in Ottawa, Canada.